The German Airforce of Luftewaffe deployed two squadrons of fighters : the JG2 and the JG26, made up of Messerschmitt BF109, based in the provinces of L’Oise and Picardie, as well as the Focke-Wulf 190A aircraft which were based in the Manche and Eure areas.


The two squadrons supplied around 300 planes.


To support the fighters some 150 bombers joined in the fray around 10am, some of them arriving from Holland.

They were made up of Dornier 217, Heinkel III and JU88 planes.
The Germans lost a total of 48 aircraft: 23 fighters and 25 bombers. 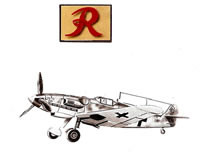 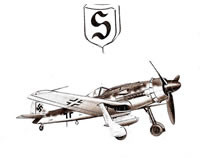